Avis sur Dominion : A Prequel to the Exorcist

It starts rather well and tries to play around simple yet interesting things, the "everyday" evil arising in parallel to the demon awakening, but it never seems to reach its peak despite being two hours long. Then it remembers that it has to live up to its subtitle by depicting an exorcism.
Meanwhile, it's full of very poor elements. Those CGI hyenas... this actor playing the injured young man... those stupid looking "rocks" sealing the church... the arrows patched on Father Francis and the ugly demon (played by the same bad actor almost turning an iconic film "character" into a fool) and its insects ! Even the pictures colouring look pretty bad, "TV-like", at times. 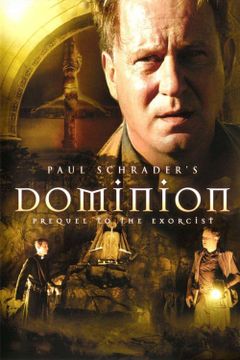 D'autres avis sur Dominion : A Prequel to the Exorcist