What a great dinner scene ! All the tension accumulated since the beginning and even more following the "hero" 's first pressure relief, passing from face to face while discussing rice.

The last part (following the climax) was a bit stretched out and comparatively not well handled. The conclusion was nonetheless interesting.

While Schneider, Ronet and Delon did pretty well, Birkin's acting left a lot to be desired (unrelated to her french since she's playing a foreigner). But she was obviously not cast on this ability... Or... is she playing her character playing?

A very good tension builder of a film, boasting appealing bodies (although Romy Schneider would have benefited from less "make-up") and decor. 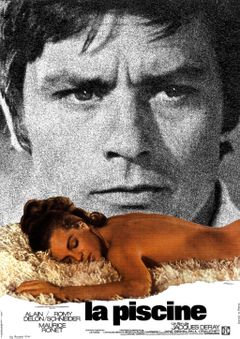