I think that there are many problems with Mass Effect 3. My main problem with the game is the main plot device, which is really silly, and there are also many plot holes in the games, many things that are very illogical and lacking explanation.

The thing that I really love with Mass Effect 2 is how challenging the combat is, but when I play Mass Effect 3 I can easily breeze through the game on insanity. It's mind blowing how easy the game is.

Another thing is that the war assets system is poorly implemented, and it is not explained well, as well not having much effect or having much of a difference in the game.

I feel that Mass Effect 3 is a really poor representative of the RPG genres. I have seen much better written plots in action games, but non the less, I want to give credit to Bioware for how emotional some of the missions are in Mass Effect 3, and the writing of the squad mates.

This is why I feel that Mass Effect 3 deserves a 4 out of 10, cause the way I see it, it was clearly rushed out of the door, and could easily have been developed for many more months, and if you are a person who likes to analyze the games you play critically you will find soon find yourself having a hate/love relationship with the game, or just hate, as it is so poorly executed.

I lost faith in Bioware after Mass Effect 3, and it was the last chance I wanted to give Bioware after the failure of Dragon Age 2. But, it's a good thing that there are indie developers out there who cares about making quality games, and studies like Obsidian and InExile, as well as CDProjectRed. 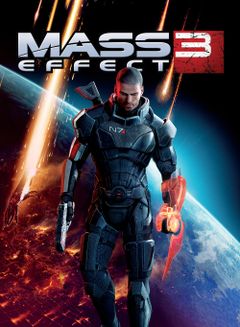 The Towers of Avarice (2001) This is a great progressive metal album. An album that lets every instrument...

Living Mirrors (2013) There is something that is so very mesmerizing with this album. The...

Ergo Proxy (2006) Without spoiling anything of the story I want to share my experience with this...