A funny little story around love with some slapstick humour, a charming (and young) Emmanuel Mouret, and an already known actress that doesn't fit well into the film, as is often the case.
Marie Gillain may be pretty (in a bland way) but she can't act. She couldn't in Mon père, ce héros (earning her a nomination) but she was rather young, she still couldn't in a film that required more from her five years later (L'Appât, earning her more nominations and a prize) and at the end of the XXth century she still could not. At best, the funny faces she makes when trying to act are okay in a comedy. Nothing more.
The Chaplin granddaughter, far from a positive either, is rare enough to not be another negative.

The directing/camera is not as effective as it will become later in Mouret's filmography but is okay. 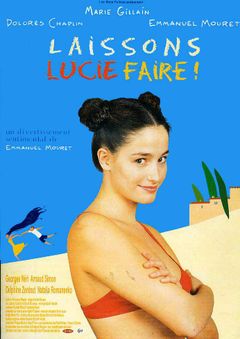